He married Frances Hunt on 12 July 1784 in St Andrew's church, Newcastle-on-Tyne. She was the daughter of Thomas Hunt who had business interests there but whose principal residence was at Cockshoot Lydiat in Herefordshire. Her brother was the Reverend Philip Hunt 1772-1838, who served in several Bedfordshire parishes, and accompanied the Earl of Elgin to Constantinople and Athens as ambassador to the Ottoman Empire. Frances Gould died in 1836 (1). 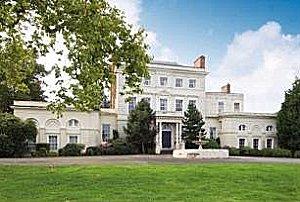 Thomas Gould followed in the trade of his father, and became a mercer in London.

He lived with his wife Frances and their family at 73 Cheapside in the city of London, which was also his business address, and at his country home, Northaw Place in Hertfordshire.

In 1810 he was appointed Sheriff of Hertfordshire (2).

Nathaniel Gould. He was born on 6 February 1787. He followed his father and grandfather into the cloth trade and became a London mercer. He married Mary Crompton in 1823, and they had five children. He died in 1867.

Richard Gould. He was born in 1792 at Bakewell in Derbyshire. He married Susan Bateman in 1817 and they had two daughters. He died in 1865.

William Gould. He was born in 1807 in Cheapside. He became a clergyman in 1830, and married Elizabeth Pryor at Baldock in Hertfordshire in 1835. They had one daughter.