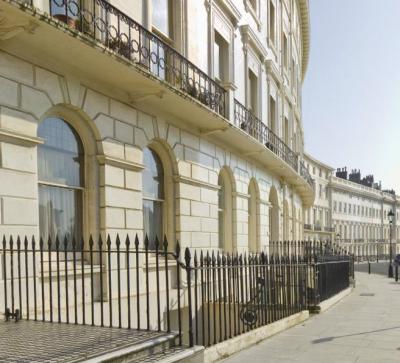 When the 1851 Census was taken she was living with her younger sister Harriet Gould at No. 8 Adelaide Crescent, Hove near Brighton in Sussex, together with a cook, housemaid and footman. Both sisters were unmarried.

Their house in Adelaide Crescent was one of the first ten houses to be built from 1830 to 1834, to the design of Decimus Burton. Originally it had been intended to form a crescent, but that plan was never completed. When building started again in 1849 a different scheme was adopted, and finished in the 1860s.

Anne Gould died in 1855, and her sister Harriet Gould moved to a smaller Georgian house No. 30 Bedford Square in Brighton, a short distance away eastwards along the sea front.

Probate was granted on 20 June 1855 to her brother the Reverend William Gould and her nephew John Coker Egerton, whom she had chosen to be her executors.