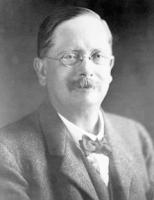 An asthmatic with a weak chest, Arthur was sent to New Zealand for his health, arriving on 23 December 1879 in the Auckland. He worked on the land near Otago for two years before opening a small seed shop in Victoria Street West, Auckland, in 1883. He also travelled on horseback selling seeds and taking orders from farmers.

In 1886 Yates visited Australia. On his return to New Zealand he sent a commercial traveller to Sydney to take orders for seeds, and leased premises there in Sussex Street.

His younger brother Ernest Yates joined him in 1887, and Arthur Yates then moved to Sydney, where the climate suited him better. His brother managed the New Zealand business.

In 1888 Arthur Yates visited England. On 13 November 1888 he married Caroline Mary Davies 1867-1916 at Wellington in Shropshire. His bride returned with him to Australia, where they lived in a house (named after the ancestral Manchester home Didsbury) in Shaftesbury Road, Burwood, a suburb of Sydney. 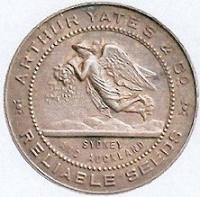 In 1893 their father Arthur Yates launched his profitable range of packet seeds for suburban gardeners in Australia. Two years later he wrote his book Yates' Gardening Guide for Australia and New Zealand: Hints for Amateurs. This became an annual, still published over a century later. His seed business became the largest in the colonies. He built an office and warehouse in Sussex Street in 1896, travelled to Europe in search of quality seeds and established seed farms elsewhere in Australia.

In about 1907 the two brothers decided to operate separately Arthur Yates in Australia and Ernest Yates in New Zealand. Both firms were named Arthur Yates & Co and maintained close links with their father's business in Manchester, eventually taken over by their eldest brother Harry Yates. Arthur Yates & Co Ltd was incorporated in New South Wales in 1910. His sons joined the firm, which traded as a family company until 1951. Then it became Yates Seeds Ltd and in 2001 Yates Ltd, and was bought in 2003 by Orica Australia Pty Ltd for $45 million (1).

Arthur Yates died on 30 July 1926 at his home in Burwood, and was buried in Enfield cemetery.

His wife Caroline Mary Yates née Davies had predeceased him in 1918.