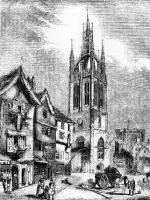 Cicely Hodgson was born in 1733, the daughter of Daniel Hodgson of Newcastle-upon-Tyne and his wife Mary (maiden surname unknown).

She was baptised on 21 August 1733 at St Nicholas church in that city.

She was married on 5 April 1760 to Thomas Hunt at All Saints church in Newcastle-upon-Tyne. He was an upholsterer by trade (1).

They had the following children, all baptised at St Nicholas church:

Their mother Cicely Hunt died in 1815 at Cockshoot Lydiat in Herefordshire aged 81 years (2).