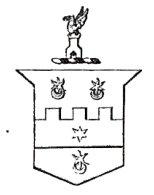 Susan Bateman was born in about 1795, the youngest daughter of James Bateman 1749-1824 of Tolson Hall in Westmoreland and Islington House, Salford in Lancashire, and his wife nee Margaret Nicholson.

On 10 December 1817 she was married by licence at St John's church in Manchester to Richard Gould 1792-1868 of Willow Bank in Broughton, Salford in Lancashire. At the time of their marriage Susan Bateman was living at Islington House (1).

They had two daughters: 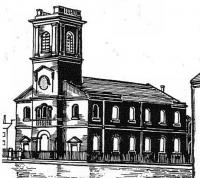 
(1) The Morning Post dated 16 December 1817. The bride's father was also living at about that time at Islington House in Manchester : A History of the Brazil: comprising its Geography, Commerce, Colonization, Aboriginal Inhabitants, etc. J. Henderson (1821) page xv (List of Subscribers).
(2) St Stephen's Church in Salford, founded in 1794, was closed in 1956 and demolished. The site is now a small park between Trinity Way and St Stephen's Street.
(3) "On Wednesday [[14 May 1828], in the prime of life, Susannah, wife of Richard Gould, Esq., of the Crescent, Salford, and the daughter of the late James Bateman, esq. of Islington." Manchester Guardian 17 May 1828.