Elizabeth Pryor was born in 1814, the daughter of Vickris Pryor of Baldock in Hertfordshire, who lived in a large house at the end of Hitchin Street in the town. He was a maltster, the youngest son of John Pryor, who was a prosperous brewer. Vickris Pryor died on 14 May 1849 aged 63 years. 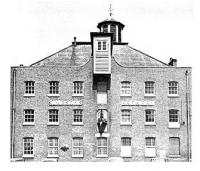 The brewery had been inherited by his brother John Izzard Pryor, who sold it to the Simpson brothers in 1853. Brewing ceased after being taken over by Greene, King in 1954 and the building was demolished in 1968.

Baldock was an important coaching stage on the Great North Road. The Pryor family had been there since the late 1600s, and by the mid 1700s were the principal maltsters and brewers. As Quakers they could not participate in governing the town through its Parish Vestry. However in 1809 Vickris Pryor, father of Elizabeth Pryor, joined the Church of England, and by the 1830s the family dominated Baldock.

They continued their tradition of serving the community and donated the site for the Town Hall. The brothers of Vickris Pryor were partners in Truman, Hanbury and Buxton, the London brewers.

Elizabeth Pryor was married to the Reverend William Gould 1807-1880 at Baldock in 1835. He was born in 1807 in Cheapside at the London home of his parents Thomas Gould 1752-1829 and his wife Frances, and was then was serving his ministry at Whickham in County Durham (1). 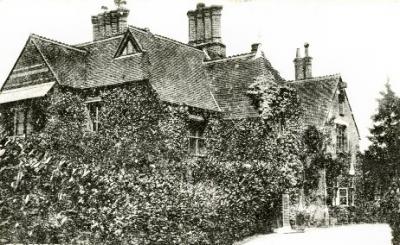 The Reverend William Gould and his wife Elizabeth had only one child, their daughter Fanny Jane Gould, who was born at Baldock in 1837.

In 1851 the family were living at Willesborough near Ashford in Kent where he had become the vicar. Living with them at the Vicarage were a governess, footman, cook, and housemaid.

In 1854 the family moved to Somerset when the Reverend William Gould was appointed Rector of Hatch Beauchamp near Taunton in Somerset.

William and Elizabeth Gould remained there until he retired from the ministry in 1869 (2).

In retirement by 1871 they were living at Ayot Bury in the tiny village of Ayot St Peter near Hatfield in Hertfordshire, together with their butler, cook, lady's maid, housemaid, and (at the lodge) their gardener and his family.