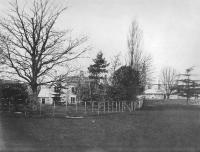 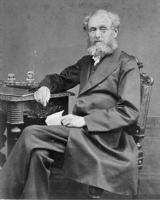 He was educated at Charterhouse and Merton College, Oxford. Matriculating on 9 March 1829, he graduated Bachelor of Arts in 1832 and Master of Arts in 1836 (1).

He was ordained deacon on 14 June 1835 and priest in the following December. He was Vicar of Shelford in Essex from 1835 until 1839, when he was appointed to the Rectory of Wing in Rutland.

They had the following children, all born at Wing:

Sir Charles Vernon Boys. He was born in 1855 and died in 1944. He married Marion Amelia Pollock. He became a distinguished physicist, and was elected Fellow of the Royal Society in 1888. For his services to science he was knighted in 1935.

His widow Caroline Boys had predeceased him on 29 November 1876 aged 60 years.

The photographs on this page were kindly provided by Patrick Graham.